Some of the past events in the Hall... 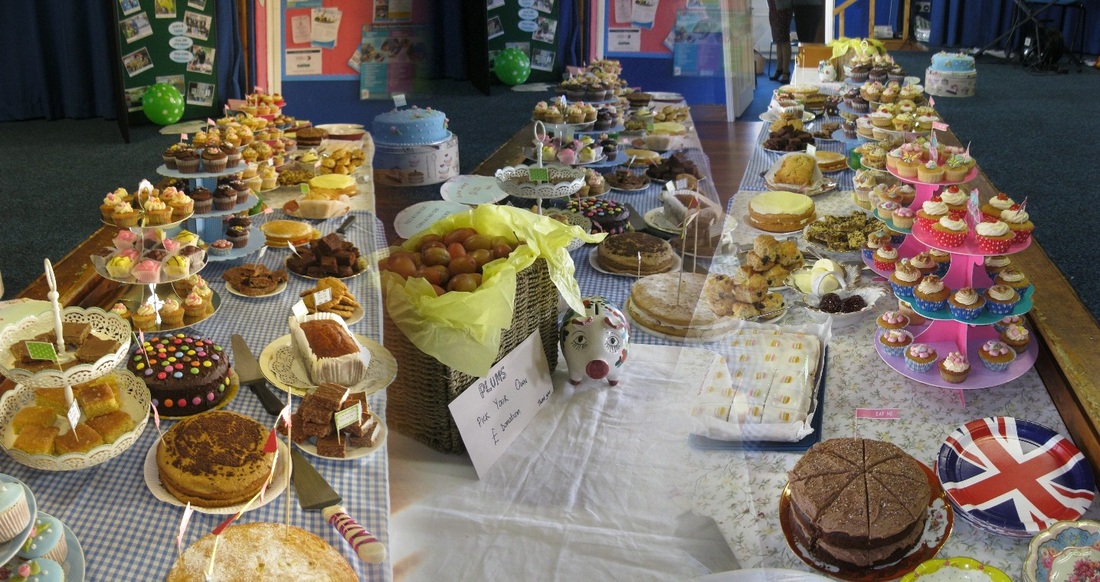 Swaledale Seedlings held a ‘Shopping and Pamper’ evening & raised a massive £759 for the playgroup.

The Table Top Sale, the first in a series of planned fund raisers to support our Big Lottery Fund application raised £600 towards the Hall refurbishment project.  Locals & visitors turned out in force to browse everything from crafts & antiques to locally reared beef, drink coffee & eat cake... and a good time was had by all. 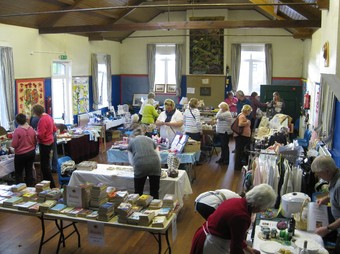 Setting up the Sale 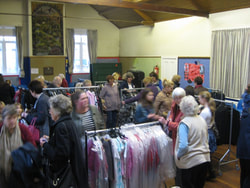 Reeth's very own 'Clothes Show'
A ladies, childrensware and accessories fashion show with local catwalk models was held in the afternoon, raising £195; followed by an evening ceilidh called by Lorna Kitchin, with a pie and peas supper which raised £444.  Proceeds were for the Memorial Hall refurbishment fund.

Gordon Styles
A musical afternoon plus tea!  An afternoon concert and singalong with Gordon Styles and special guests, the Reeth Ukelele Group, raised £85.60 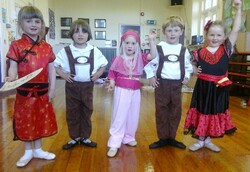 Some of the World Dancers
Children from Arkengarthdale, Reeth and Gunnerside Schools and pupils of all ages from Janet Seymour’s School of Theatre Dance joined teachers, parents and the Reeth Artyfacts to put on three performances of a ‘World of Song and Dance’ to sell-out audiences, raising £2,100 for charities.

On the eve of the Tour de France a coffee morning and sale raised an amazing £833 for the Community Bus, including sponsorship for riding an exercise bike! 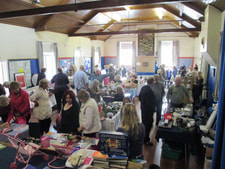 Table Top Sale - see the Photos page for more pictures
Another Table Top Sale in support of the refurbishments to the Memorial Hall. 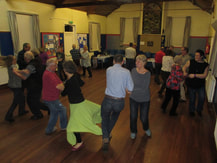 See the Photos page for more pictures.
Another great ceilidh night which raised £298 in spite of clashing with several other events. 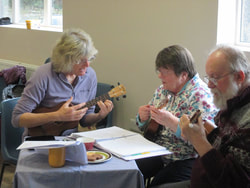 See the Photos page for more pictures
A Ukulele Day with workshops & concerts and an evening concert with the Keith Stephen's Hot Club Trio & Caroline Irwin. 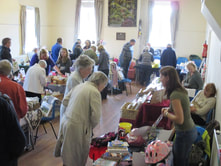 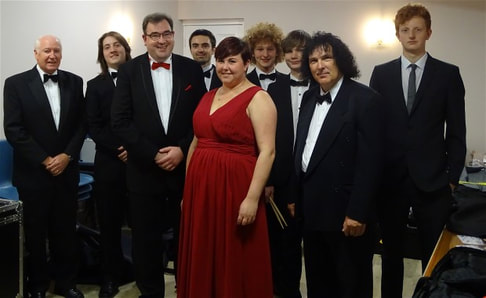 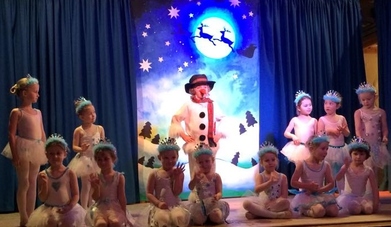 Some of the youngest performers dancing to 'Do you want to build a snowman' from Frozen
Around 60 students and former students of Janet Seymour’s School of Theatre Dance presented two matinee performances of ‘A Christmas Collection’ to sell-out audiences, raising a grand total of £1600 for local good causes.
Opening and closing with the poem ‘The Night Before Christmas’, the show featured a mixture of ballet, tap and jazz dances to seasonal music, as well as individual songs and a touch of humour from the well known Joyce Grenfell monologue ‘Nativity’.From the tiniest 3 and 4 year old ballerinas in tiaras and turquoise tutus to the more senior performers the show was a great success, sending the audiences home well and truly full of the Christmas spirit.  The profit from the shows has now been divided between The Old School House Arts Centre in Leyburn and Reeth and Gunnerside School who intend to put the money towards residential visits for their pupils. 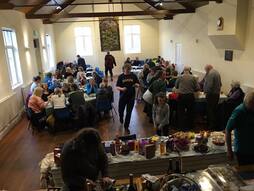 Matty Short served a (very) Big Breakfast and raised over £1400 towards his expedition to Peru.

Rural Arts, North Yorkshire Youth and Youth Club volunteer Yolanda Richards teamed up to deliver a fun filled youth session for 11 - 18 year  olds.  To the team’s delight, fourteen highly enthusiastic and friendly young people attended and had lots of fun creating their very own cardboard SLR cameras!  Poppy and Jayne from Rural Arts said "We both had a wonderful time! It was lovely to see everyone enjoying themselves in the arts and craft activities and we hope more will be coming, thank you for having us".  After some very tasty cake which one of the young people had made especially for the session, the group headed outside into the sunshine on the village green to get involved in some fun drama activities. 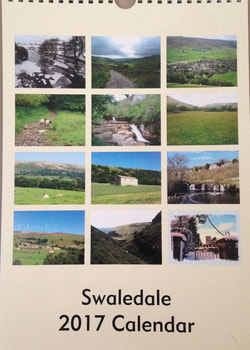 Abbie Blenkiron's Afternoon Tea raised over £800 towards her Peru Expedition.  She is also selling fund raising calendars which she has made herself.

​Reeth Brass Band’s Training Band performed independently for the first time over the Christmas period, playing carols for market shoppers in Masham and Reeth.  Six of the seven young players were also featured in the band’s Christmas concert, performed to a packed Reeth Memorial Hall, when they were honoured by the surprise attendance of their patron, Lord Zetland.  The festivities ended with the traditional playing of carols around the village on Christmas day.

At the Christmas concert the band performed the world premier of ‘Tubby’s march’, written and conducted by their former musical director Brian Hicks in memory of their late president David (Tubby) Allinson.  Members of David’s family were presented with a signed original of the score.

Other presentations included an award to Sacha Cole, the most improved young player of the year, and a tankard to bandmaster Paul Hutchinson for his outstanding services to the band.  Richard Sands and Brian Hicks, the present and former musical directors, were presented with hampers.

Work has now begun to prepare and practice the music for forthcoming events, details of which can be found on the band’s website www.reethbrassband.co.uk  There are still a number of spare instruments available and anyone who would like to give brass banding a try is invited to come along to Reeth Memorial Hall to a Tuesday evening practice night or contact 01765-603572 for more details.

​The Big Breakfast raised over £600 for two young leaders from the Swaledale Scouts who have been chosen to attend the 24th World Scout Jamboree to be held in West Virginia in the summer of 2019.

Another Table Top Sale raised £510.38 for Hall funds. The second highest total ever!

A charity quiz and supper raised £750.50 which has been split between the Community First Responders and the Royal British Legion.  Ian and John would like to thank everyone who supported or helped in any way, and hope to run another quiz in the not too distant future.

​John and Ian would like to thank everyone who supported and helped to make their Charity Quiz Night held on Saturday 25th January such a great success. Two days before the quiz all the tickets were sold and on the night the Memorial Hall was full. Through everyone’s efforts and generosity a total of £1,012 was raised.  The proceeds have already been sent to the chosen charity, The Farming Community Network.