Music in the Memorial Hall

All profits from events are for the upkeep and improvement of facilities at the hall for the benefit of the community. Tickets for under 16s are usually half adult price - please confirm before booking. This does not imply that all events are suitable for young children. Occasionally for larger events we also use St Andrew's church at Grinton as a venue.

If you prefer to pay by credit card, for many events it is now also possible to buy tickets through the WeGotTickets website but do note that this will incur a booking fee.  Tickets are also on sale over the counter at Reeth Post Office.

All music events begin at 8pm with doors opening at 7.30pm unless otherwise stated below.

The seating is not numbered and is allocated on a first come, first served basis - if you have mobility issues or, for example, need to be sure of a space for a wheelchair, please don't hesitate to get in touch with us in advance. 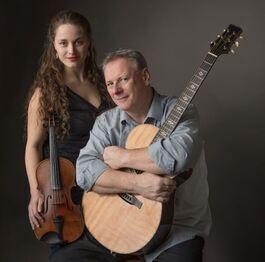 Friday 24th June 2022
Hailed by the late John Renbourn as ‘the best Celtic guitarist in the world’, Tony McManus has been listed as one of 50 transcendental guitarists of all time by Guitar Player Magazine.
Julia Toaspern, from Berlin, combines classical violin and voice training with an interest in jazz, baroque and traditional music. She has released two albums of original songs and performed both as a classical player and as a singer/songwriter on both sides of the Atlantic. Her skills as a guitarist are prodigious and make a very exciting fit with Tony’s work.
The duo’s guitar treatments of traditional music is unique exploring the harmonic possibilities of these old, and sometimes not so old, tunes. Flat-picking or finger-picking at the highest level they are always at the service of the music rather than simply displaying technical prowess - although that is very evident as well. Julia's violin effortlessly morphs into a fiddle as she weaves from Italian madrigal to Scottish reel. Julia’s songs go to the heart of love and loss, hope and survival and are infused with a musical input from wide and eclectic experience of musical life.
​Tickets  £15 (£17 door)
Buy tickets online 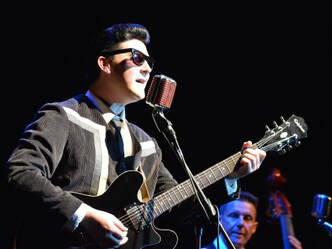 ​Friday 22nd July 2022
Mitra is a unique musical trio comprising British blues innovator and slide guitarist, Michael Messer, Hindustani slide guitar maestro from India, Manish Pingle, and London-based tabla master, Gurdain Singh Rayatt.
​
Much more than just another meeting of musicians from different cultures, the trio use a combination of instruments and vocals to create a fascinating musical journey, running from the banks of the Mississippi, via London and Mumbai to the Ganges delta, producing "an exhilarating and highly accessible fusion of blues and Hindustani classical music".

Their 2016 debut album, ‘Call Of The Blues’ was immediately picked up by the blues, folk and world music media, getting radio airplay and press coverage in more than 40 countries and hitting No 1 in the iTunes blues chart. Since then the band have done seven successful UK tours, including shows at London's Bush Hall and Green Note. Their UK festival appearances include Musicport, Shrewsbury Folk, Shambala, and many other leading venues.
​
Tickets £17 (£19 door)
Buy tickets online

Saturday 8th October
John Tams, described by Mojo as ‘one of the ultimate British songwriters’, has had a career spanning five decades in every medium. A member of the Albion Band and Home Service he is perhaps best known for his work at the National Theatre and as Rifleman Daniel Hagman in the Sharpe television series.

He is a seven times winner of the BBC Radio 2 Folk Awards, including an award for Best Duo, with long-time collaborator and friend, the late Barry Coope. He is the Songmaker for Warhorse, a member of the original creative team and has toured the world with the production. 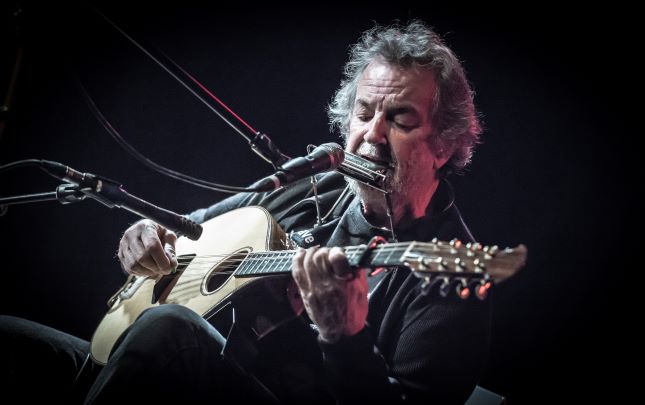 Friday 14th October 2022
Andy Irvine is one of the great Irish singers, his voice one of a handful of truly great ones that gets to the very soul of Ireland. He has been hailed as "a tradition in himself." Musician, singer and songwriter, Andy has maintained his highly individual performing skills throughout his over 50-year career. From Sweeney's Men in the mid 60s, to the enormous success of Planxty in the 70s, his duo with Paul Brady in the later 70s and then from Patrick Street to Mozaik, LAPD and Usher’s Island, Andy has been a world music pioneer and an icon for traditional music and musicians.
​​Tickets  £15 (£17 door)
Buy tickets online