In 2006 the original script of a 1940s village pantomime Beauty and the Beast surfaced in a bundle of old papers saved from a bonfire and given to the Swaledale Museum.  To raise funds for the Museum a group of volunteers came together to re-stage the pantomime that Christmas in the Memorial Hall…and the Artyfacts were born.

Several years, pantomimes and revues later they are still performing in and around Reeth, putting on a range of variety shows and small charity concerts for good causes.

If you would like to join this enthusiastic group of amateur actors, singers, dancers and musicians contact Harriet Manning email: harrietjmanning@gmail.com 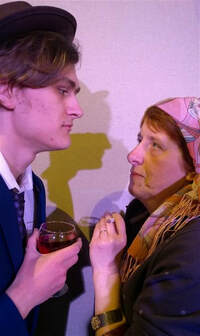 Written by Richard James, Blood on Canvas is a tense one act thriller. When art collector Crispin Armstrong meets artist Marilyn Stone at a private viewing, a sinister sequence of events leaves them both uneasy. Sometimes, you never know who you can trust ...
Blood on Canvas was performed at Reeth Memorial Hall in May and  June 2019.

In February 2018 the group returned to the original collection of papers to present a one act thriller, Mr Hunter, by Stuart Ready, first performed in the dale in the late 1940s and marking the directorial debut of Finlay Worrallo from Low Row.
In the winter of 1948, heading home after a long tour, a small theatrical troupe find themselves stranded at an unfamiliar railway station.  Mr Hunter, the man who agreed to help them out, is nowhere to be found.  As they reflect on the recent mysterious death of their leading lady, and as no-one comes to their aid, the women become uneasy.  As Doris warns her fellow travellers: “To spend the night in a place like this is asking for trouble”!

The Swaledale Artyfacts were the first amateur dramatic company in the country to obtain the rights to perform Stewart Howson’s adaptation of the much loved novel by Compton Mackenzie, putting on four performances at Easter 2015 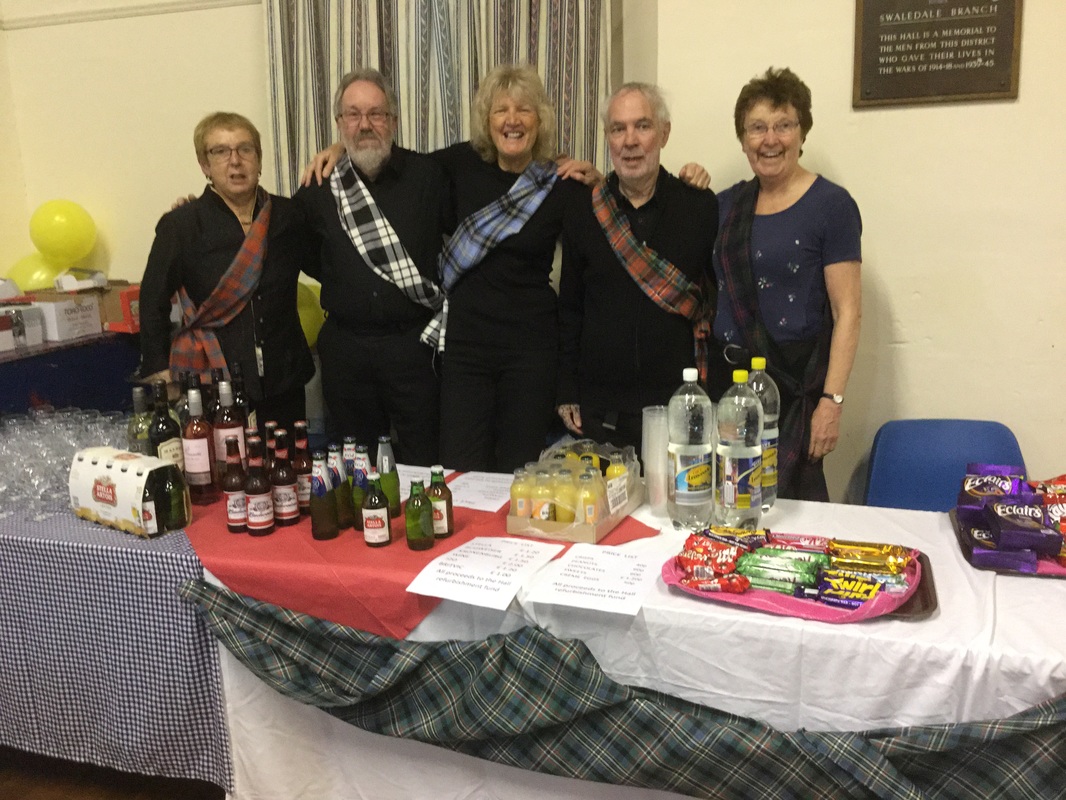 Not willing to be outdone by the performers, the refreshments sales team took up the Scottish theme with a vengeance!